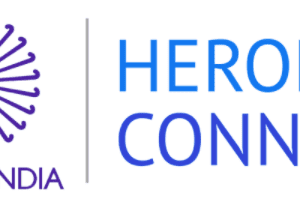 PANAJI: In an effort to curate a detailed database of Indian men’s and women’s hockey team members, Hockey India has launched a unique web-based responsive platform; the ‘Heroes Connect’. Former and current Indian international hockey team players will be able to register their profiles on the platform verified by Hockey India, says a press release.

The player profiles will consist of general details of a player, number of matches played for the Indian team, duration of India career, tournaments played, year of retirement, memorable moments in a player’s career, awards won, social media profile and photographs of the player. A registered player will be given the option of uploading his or her details under four categories – Anybody View/ Only Athlete Members View/ Selected Athlete Members/ only Admin View.

Additionally, Indian hockey fans can also view the profiles of the Indian players and their public forum discussions. ‘Heroes Connect’ has been designed to encourage players who represented India at the FIH sanctioned events/ Olympics/ Commonwealth Games/ Asian Games to create/ initiate constructive discussions on the platform. Discussions and content would be allowed only based on the Terms & Conditions policy of the platform and will be also regulated by Hockey India.

The ‘Heroes Connect’ platform equips all registered players with the option of holding discussions and sharing their experiences of playing the game of hockey at the highest level. While some discussions will be visible to all users, the members can also create personal discussion rooms.

The platform will also have the latest events regarding Hockey India. A registered user will have the option of going through the Hockey India events and setting up reminder notifications for any event.

Speaking about the web-based responsive platform ‘Heroes Connect’, Hockey India President, Gyanendro Ningombam said: “I’m delighted to announce that Hockey India will have its own player-oriented engagement platform. The web-based responsive platform ‘Heroes Connect’ will be a great platform for former and current Indian Hockey Team players to register and be part of a community developed specially for them. The platform will also present a great opportunity to the former and current India players to hold discussions about various topics concerning international hockey; reminiscing about past golden moments as well as looking forward to creating history in the future.”