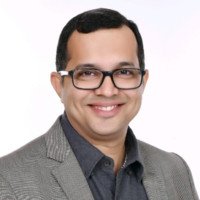 PANAJI: Contrary to its stereotypical profile as a ‘susegado’ state, its debilitating power supply issues and lack of local talent, Goa has emerged as a invigorating destination of technology companies, especially start-ups, according to Nitish Raikar, Chief Operating Officer of Kilowott – a global but homegrown IT company operating out of Goa.

Speaking at the Goa Technology Association awards ceremony recently, in the presence of the Chief Minister Dr. Pramod Sawant; Jennifer Monserrate, Minister for IT and a host of industry stalwarts, Raikar, who has formerly worked with IBM, Infosys, and Mindtree among other technology companies; said that he had always wanted to return to Goa, but was baulked by these standard misconceptions about the coastal state.

It was only when he actually packed his bags and moved to his home state that Raikar realised that coding a successful IT dream was possible in Goa.

“There were doubts; a couple of things that I was wary about. The first myth was that there was a significant skill deficiency in Goa, coinciding with a popular misapprehension, the stereotyped ‘susegado’ lifestyle of Goans which blinds any possible vision of entrepreneurial grit or technological acumen. Yet, a step into Nordic Intent, the precursor of Kilowott, mitigated that myth,” he said.

Nordic Intent, now known as Kilowott, offers a globally competitive bouquet of services, crafted by Goan entrepreneurs, through its four digital oriented companies and one skilling entity. The Goa success story, Raikar said, had the seeds of the inspiring story scripted by Infosys.

“The sheer number of Goan employees on the tech company’s roster shows that they have successfully busted the myth that there is a significant skill deficiency in Goa,”  said Raikar.

The second myth was that the IT Industry in Goa was basic and unchallenging. “Is it all about making websites on the beach?” he would hear the constant refrain. But according to Raikar, Goans have an edge over denizens of other states on account of their “spectacular soft skills” like interpersonal communication. “English communication skills of most Goans were key to running a business in the international arena,” he said.

The third myth about Goa, which Raikar mentioned was the poor Goan infrastructure like erratic electricity supply and faulty internet connectivity, which could potentially cause hardship to the tech industry in general. The ‘work from home’ mode ended up circumventing this hurdle, according to him.

“After a few initial teething issues, we grew surprisingly by 25 percent in 2020. This year, we are staring at a growth of 50 percent. Even in the online mode, the productivity and efficiency of the company witnessed a surge,” mentioned Raikar.